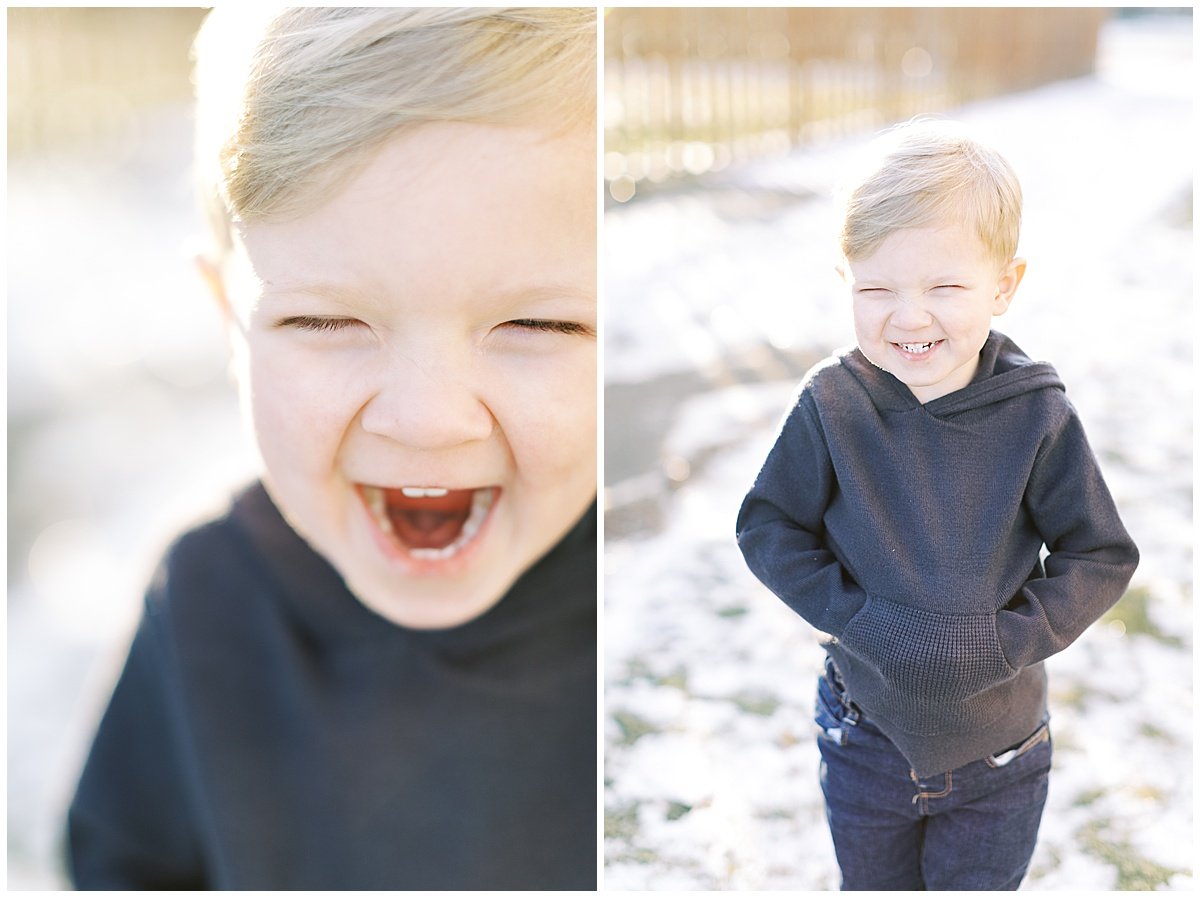 Last night, for the last time, I put you to bed as our precious little two-year-old. This morning, when I wake you, you’ll officially be three! It doesn’t even seem real… three whole years of knowing and loving you unlike any other.

I can’t lie and say that I didn’t sit up in bed crying bittersweet tears over this day already approaching. Two was an era, full of learning and growing and changing from toddler to little boy, so quickly. The longest year ever consisting of laughs and tantrums and arguments that made no sense, but one of the best we will have. We got to know YOU, and who you are, so well during two.

They say that three is worse than two and we’re going to hold on for dear life. I’m totally kidding. What you really need is nurture and encouragement. Kainen, you thrive when we pump you up and let you be your complete self. From random kitchen dance parties, to midnight bike rides, and constant wake-up calls by you jumping on our bed… I couldn’t imagine your year as a three-year-old to go any other way.

You see, Kainen has the kind of big personality we all dream of and it really came out during this past year. Wittier beyond belief, can always effortlessly make everyone laugh, too smart for his own good, the absolute life of the party. I never knew how big of a job God was calling me to when he made me this boy’s mama. I’ve realized He was just making sure I’d never go a day without laughing, loving, and getting SO frustrated with the most stubborn little boy until Kainen pulls out his charm and makes me melt all over again. Repeat.

Kaine tells me he loves me 100 times a day, and I will never ever get sick of hearing it. He is the best snuggler out of my boys, and insists I scratch his back all hours of the night.

Together we’ve spent hours this year building towers for him to immediately knock over, reading books, watching Blippi (eye-roll) and his first handful of Disney movies. He loves his cars and trains, coloring and PlayDoh, dressing up as a superhero and fighting the bad guys. Kainen has an imagination like you would not believe.

The best big brother, friend to his little group of fellow blondies, and follower in Uncle Blake’s redneck footsteps… he is ALL boy.

We start nearly every day with a bagel and an apple and he is game to go outside and play in any type of weather. Everything with him right now is either “a couple more minutes” or “4 days”… or if he is at Gami’s, a couple more minutes always turns into 4 more days. My mom and I joke about split custody because there is literally nowhere else in the world Kainen would rather be than at her house! It breaks my heart I’m not his #1 but I love that she is his best friend.

Happy birthday to our handsome, “ugly” (per his uncles’ convincing), hilarious little three-year-old!!! So like you to agree for the first time ever to get your picture taken and then refuse to open your eyes – almost fooled me, kid. We seriously couldn’t love you more, Kainen.

We are back on island!! I got to enjoy a beautiful

Wrapping up a super sweet trip back to the mainlan

Happy aloha Friday from your girl who is very read

Babymoon in Hawaii?! Amazing!! In awe of Soraya an